Hay fever or allergic rhinitis are allergies that cause cold-like symptoms such as sneezing, sinus pressure, itchy eyes, runny nose and congestion. Though rhinitis affects mostly adults, it can also affect children. 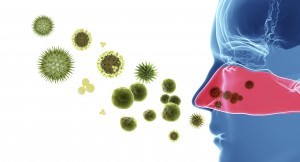 The two types of allergic rhinitis are seasonal and perennial. Seasonal rhinitis occurs when certain plants pollinate in the spring, summer, or fall. Plant allergens that cause rhinitis include trees, grasses and weeds. Perennial rhinitis occurs year-round and is typically caused by an allergy to one or more indoor allergens such as mold, dust mites, feathers or animal dander.

Because it can cause inflammation, people with rhinitis can also be sensitive to irritants in the air such as smoke, strong odors and changes in temperature or humidity.

There are some cases of rhinitis that are not caused by a reaction to allergens. In non-allergic rhinitis, the immune system is not involved and the cause can be unknown. It typically develops in adults and lasts year-round.

Rhinitis can be diagnosed and treated by your ENT physician or otolaryngologist. Allergic rhinitis can be treated with immunotherapy because it is caused by known allergens that cannot be avoided. If you or someone you care for has symptoms of rhinitis, speak with a doctor or ENT physician.